Via Ferrata in Madrid

When you book with an account, you will be able to track your payment status, track the confirmation and you can also rate the tour after you finished the tour.
Sign Up
5173

Via Ferrata in Madrid

Enjoy & Climb a Via Ferrata in Madrid.

A via ferrata is a thrilling mountain activity based on a mixture of alpine hiking and rock climbing principles. The via ferrata routes are just as vertical as they are horizontal, usually situated on a rocky wall that is equipped with a range of gear including: stairs, metal rungs, handrails, chains, hanging bridges and ziplines that help you move along the route. The safety system of a via ferrata is primarily based on a network of steel cables installed on the rock walls. Participants secure themselves with an energy absorbing device and special carabiners to prevent falls as they move through the route.

The Via Ferrata Boca del Infierno begins as a vertical climb, then later traverses horizontally along the limestone ridges and walls above the lake of Sacedón, and ends by crossing two exciting hanging bridges and a long vertiginous zipline. The route takes place high up on the rock walls and is a very exciting vertical adventure.

–This activity could be restricted during raptor´s nesting period.

-Do not suffer from vertigo.

What do I need to bring?Practical Information.

Gallery: Via Ferrata in Madrid 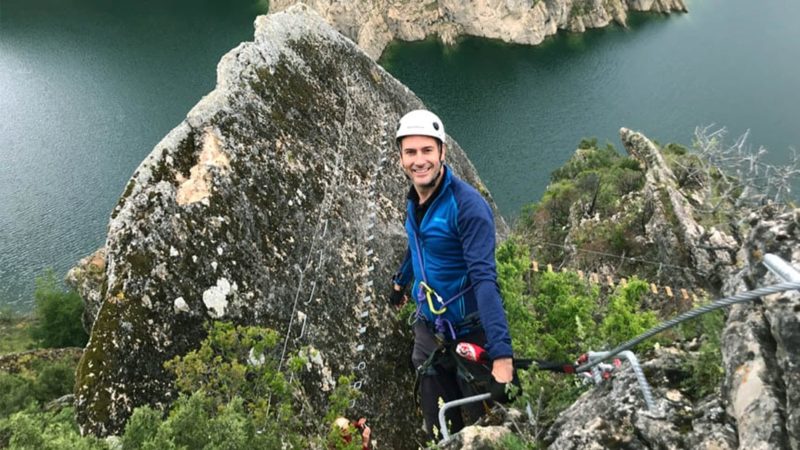 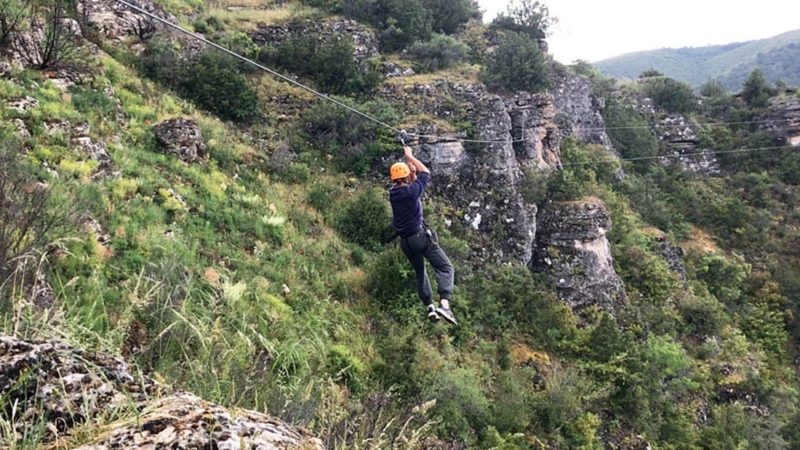 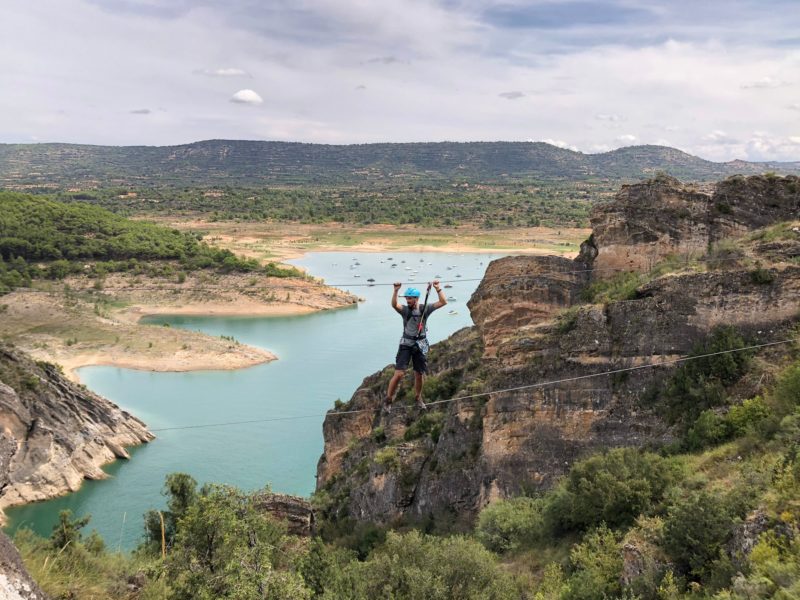 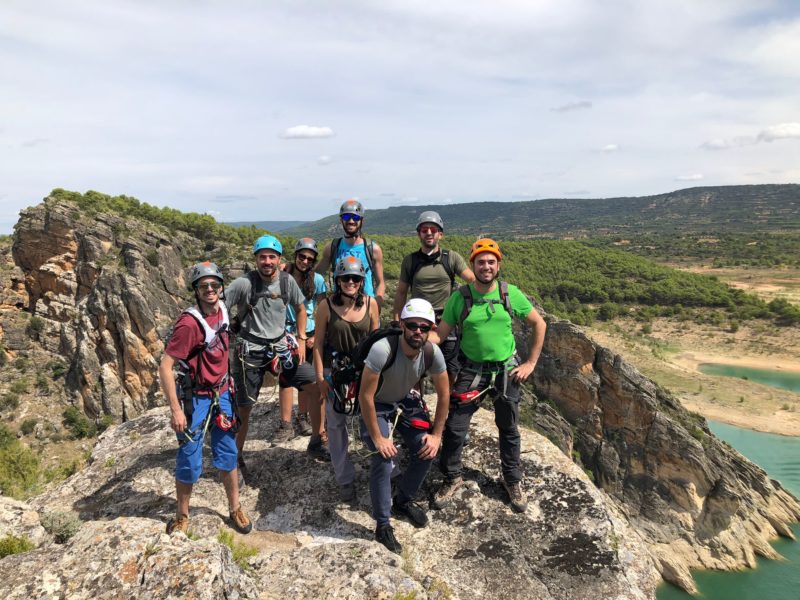 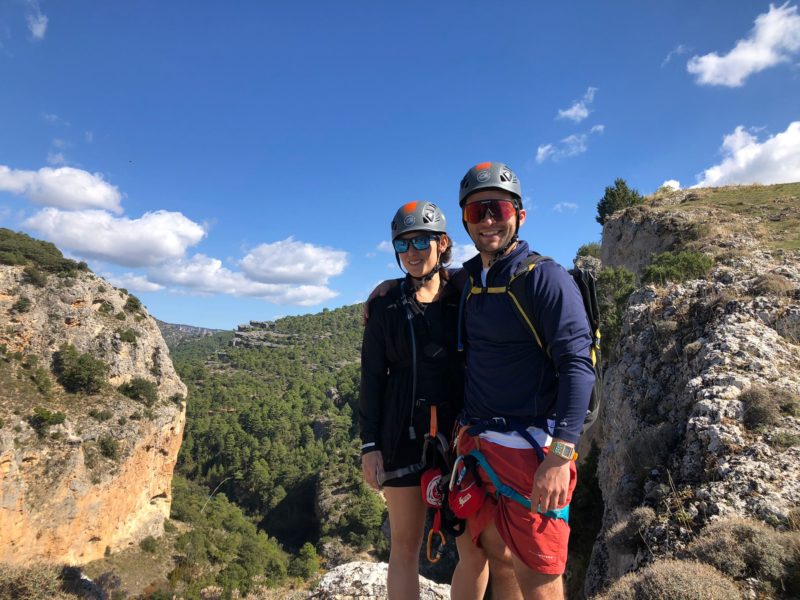 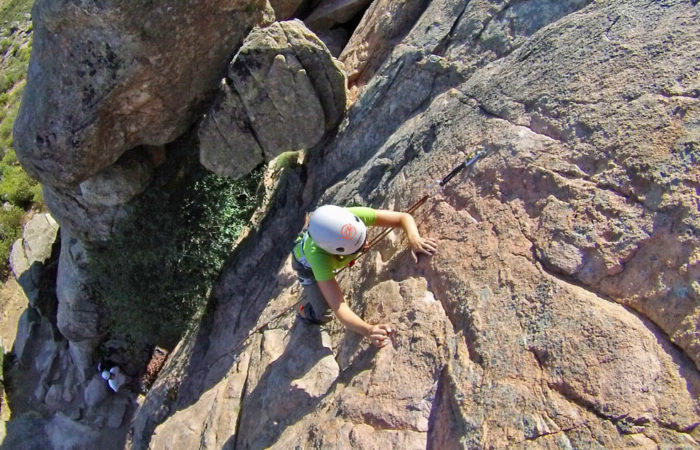 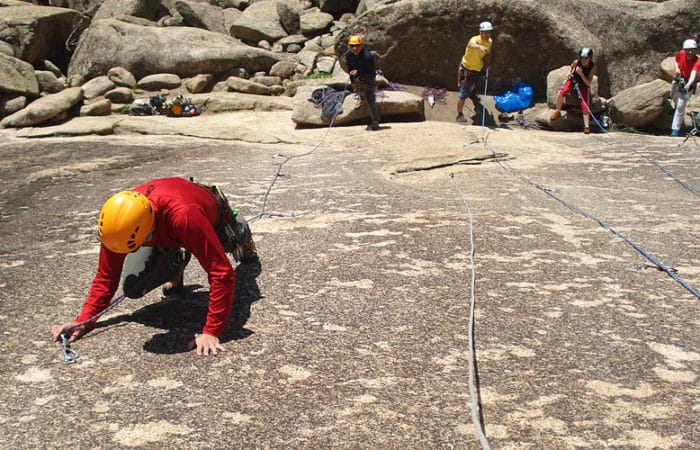